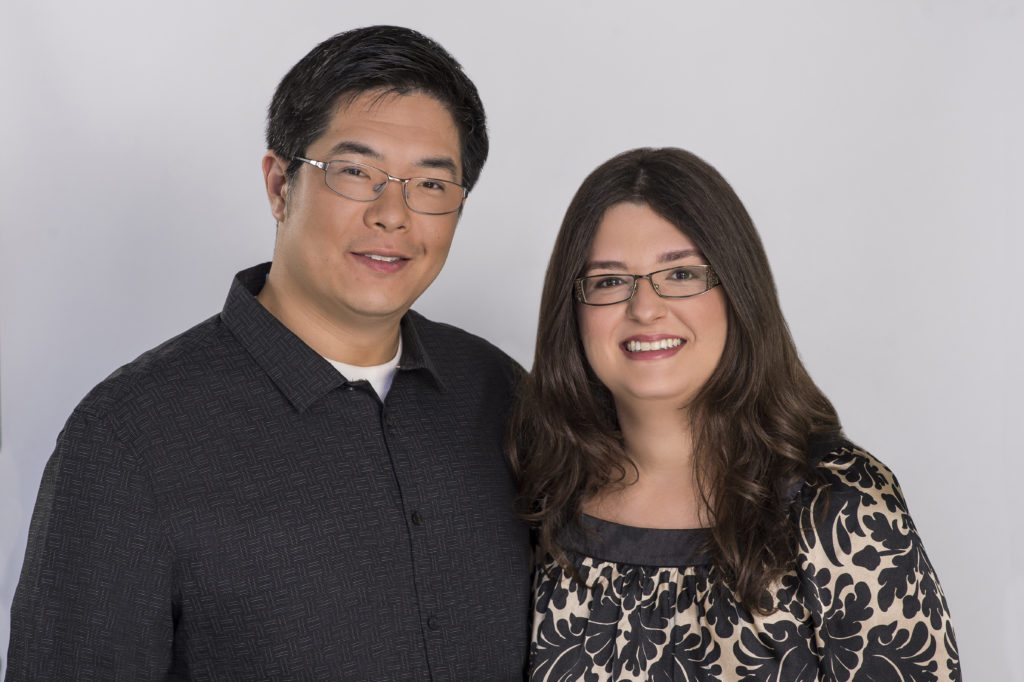 Bryan Choi first plunged into the classic works of the Western Canon while helping clean out his Korean grandfather’s attic in the early 1990’s. To get out of heavy lifting, he quietly hid away and read about musketeers drinking irresponsibly and acting terribly. At Stanford University, he was enthralled by the humanities and studied psychology to understand more about the human condition. He entered medical school and completed an Emergency Medicine residency in 2012. The allure of writing about badly-behaved battle buddies never left him, however, and he continued to write and develop his art in his free time.

Although they’d written together previously, Bryan met coauthor Erica Carson in person when she visited his hometown of Providence, Rhode Island. They married in 2015, after realizing their mutual love of banter. If anyone is curious as to where their uniquely horrid and foul-mouthed characters originate from, one only has to hang out with the couple and their cats for a night or two.

Guns of the Temple is their first collaborative work.